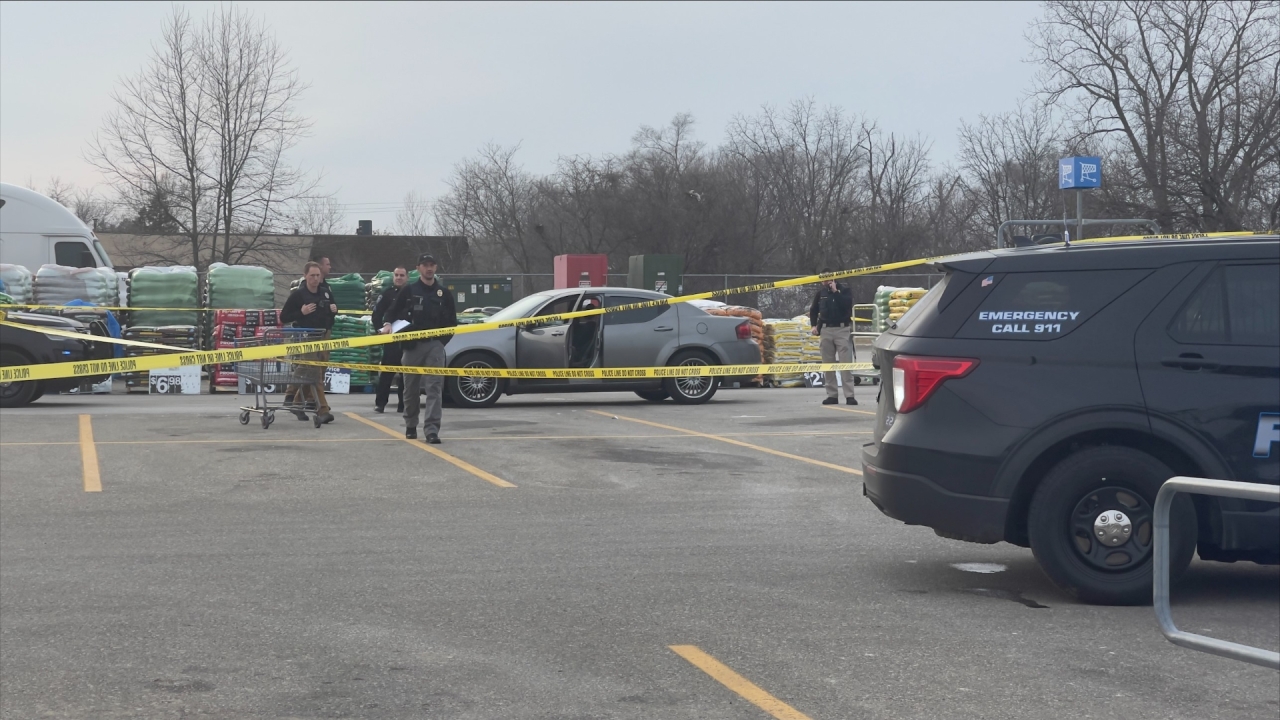 WYOMING, Mich. (WOOD) — Wyoming police say a deadly shooting at a Walmart Monday, followed shortly by an attempted carjacking nearby, are no cause for fear.

Jennifer Brinks stopped by the Walmart around 5:30 p.m. Monday to pick up some groceries but soon realized she couldn’t go in.

“Somebody came out of the store saying they’re not letting anybody in right now and I said, ‘Why?’ And she said, ‘There was a shooting over there,’ and she pointed and that’s when I saw the lights and sirens,” Brinks said. “I am still really shook up.”

A 29-year-old man was killed in the shooting. His name was not released Tuesday. Prosecutors said the shooting appears to have been a case of domestic violence. A decision on charges could come Wednesday.

“That was something that was spilled over from a prior relationship,” Wyoming Department of Public Safety Lt. Brian Look said. “It has nothing to do with the area being unsafe.”

Also Monday, police say two armed teens wearing masks tried to carjack a man at a nearby Menards. A woman was carjacked about 2.5 miles away, south of Kentwood, about two hours later; she gave a similar description of the carjackers. Police are investigating whether the cases are connected.

Last month, two shoppers were injured in a random stabbing at the Meijer off 54th Street, on the other side of the highway from the Walmart. A suspect was arrested in that case the next day.

Police say the recent rash of crimes does not mean the area is unsafe.

“Our statistics do not show that these are a frequent deal; these are very infrequent, in fact,” Look said.

Still, they are increasing patrols.

“Just so that the public … will see the police and hopefully feel a little more comfortable with it and also maybe prevent some of these opportunistic things that may happen,” Look said.